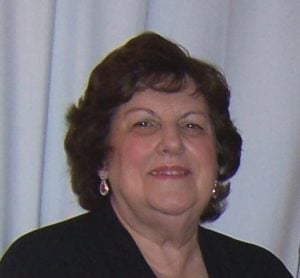 Maureen Richardson is a Registered Nurse and a Licensed Mental Health Counselor. Maureen has been working at Interfaith Social Services’ New Directions Counseling Center since 2004. She will be the first to tell you that in her long and varied career, Interfaith is the most wonderful place she has ever worked. Although it is a nonprofit organization, it feels to her like a supportive, caring family. She very much enjoys and admires her colleagues in the Counselling Department as well as Interfaith’s other staff members and the amazing volunteers.

Maureen began her career when she received her Bachelor’s Degree in Nursing from Niagara University. She practiced nursing both as an Intensive Care Unit (ICU) nurse as well as an Emergency Care nurse for about ten years. In 1981, Maureen began working as a Psychiatric nurse at various hospitals in the Boston area. During that time, she was privileged to work on the Affective Disorders Research Unit at New England Deaconess Hospital. Later, she was a member of the team that set up the Trauma Unit at Westwood Lodge Hospital. She studied Cognitive Behavior Therapy (CBT) with Diana Dill, Ed.D and worked on a CBT Unit at Westwood Lodge. Additionally, she studied and completed a program in Somatic Reeducation with Joel Ziff, Ed.D as well as the MindBody Work Program for Clinicians under Herbert Benson, M.D. In 1992, Maureen received her Masters of Education in Counseling Psychology from Cambridge College. Her thesis was ‘The impact of trauma on the Clinician’.

Maureen went on to work as the Program Director for the Adult Partial Hospital Program at the Arbour Hospital in Jamaica Plain, later as a member of the Arbour Outpatient Counseling Department. In 2004, she began working as a therapist at Interfaith Social Services’ New Directions Counseling Center, while also working part-time as a counselor at Bay State Community Services.

Maureen’s clinical focus has been spent helping others recover from Trauma. She is certified as an Eye Movement Desensitization Reprocessing (EMDR) therapist. Her primary focus is with adults suffering from trauma, anxiety, panic, and depression. In addition, she helps clients to develop their coping skills using the Tapping (Emotional Freedom) technique.

Maureen is married and has two grown children and two granddaughters. She enjoys the ocean, films, reading, and music. She lives with her husband and their puppy on Boston’s South Shore. One of her favorite quotes is from Mother Teresa: “Do small things with great love.”

This site uses Akismet to reduce spam. Learn how your comment data is processed.