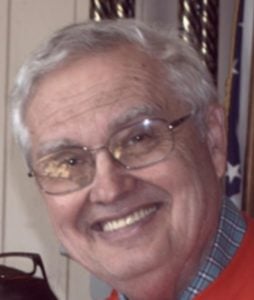 George Fahey is a licensed independent clinical social worker. He received a Bachelor’s Degree in philosophy from St. John’s Seminary, and a Master’s Degree in Social Work from Boston College. George joined the New Direction’s team in 2015. Since 2004, George has also worked as a therapist and social worker with the Charms Educational Collaborative in Stoughton. This has involved meeting with adolescents and their families over issues that might be impeding their education such as autism, non-verbal learning disabilities, or emotional dysregulation. From 1975 until 2004, he was a school adjustment counselor at Norwood High School and from 1970-75 served in a similar capacity at Waltham High. George was a therapist at Boston Psychiatric Associates from 1970-76 and at George Hyland Associates from 1976-83. He integrated therapy with sports and games during his time employed by the Cutler Clinic Gym from 1989-2003. Before his career as a therapist George was a sports broadcaster at WCAS radio station, and he played baseball in the Boston Park League for 2 years in the 1960s. George is a Dorchester native but has called Quincy home for the past four decades. He is a proud husband, father and grandfather. George enjoys sports, particularly baseball and hockey. He loves to read and enjoys caring for his two dogs: Tony, a Keeshond, and Clifford, a Daschund.

This site uses Akismet to reduce spam. Learn how your comment data is processed.